7 changes the Injuries Board are proposing soon! 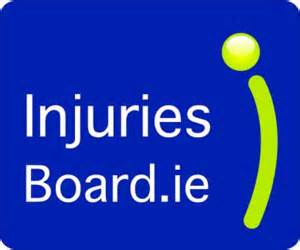 Seven changes proposed to the Injuries Board system.

Since we wrote the book back in 2012, the Injuries Board is now seeking to change some of the rules they operate under by lobbying to amend the legislation.  These changes will affect you in how you bring your claim.

The Bill is only in the early stages and may not be passed in the near future.  However, it is important to know what is the situation and how it can affect your claim.  It sounds like a Bill that would be passed in the Dail  in a hurry without too much examination.

Let’s look at them.

It appeared situations arose where somebody is lodging a claim  at the last minute, having realised that their claim is barred after two years, and where they fill in the form and send it in, they may not be able to get their medical injuries in a report at such short notice.  It was thought unfair that this happened, and now the amendment is proposed that once the application is in, the medical can come in within a reasonable time after that.

The proposal now is that the time is suspended from the date you know you have to add a new Defendant.  The suspension gives you a further six months from that date to join that person into the application.  This is good news for Claimants as sometimes, as the matter proceeds, finding the right Defendant can be a problem.  If you finally locate the correct defendant but two years have passed, up to this it was quite unsure what the situation was.  Case law is decided by judges and the Injuries Board are merely applying what the case law is  They decided that somebody should not be prejudiced in bringing a claim where they were not aware of all the Defendants from the start.

It was always a point that the valuations of the Book of Quantum were dated from 2003 and I made this point in the book, pointing this out, that values, as a lot of things had changed since 2003, it now seems the Book of Quantum which outlines the compensation level expected for various types of injuries will be updated every three years.

The proposal to amend  this will be based on the awards the Courts make and also the settlements the insurance companies entered into.  It will be based according to the proposal on a national claims database ( when  it is set up )………you know Ireland , everything takes a little longer than expected.

The proposal for this national claims database is that the Central Bank will be responsible for gathering this information.  The insurance companies, up to this, did not share their information on claims and settlements, so if it was held centrally the Injuries Board can assess it   This is a good move as a lot of the talk about levels of settlements made was speculation in how it related  to the cost of insurance.  Insurance companies never shared their information, so now it will be compulsory to put it on this central database which the Injuries Board will have access to.

The injured party will benefit as Injuries Board will now know what settlements the insurance companies are making .

Finally, there are some other less important changes which won’t worry you as a claimant .

These relate to the change of people who are on the Injuries Board itself – out go the representatives of IBEC and ICTU, in come representatives from the Central Bank and the insurance companies.  Perhaps this represents progress.

Another amendment requires any profit made by the Injuries Board will now be sent back to the Minister . Again it will be something the insurance companies will seek to query as they effectively pay for the operation of the Injuries Board running costs.  Will they use this as excuse to keep insurance costs high ?

In relation to the service of documents, the proposal is to update, given modern business practice, and allow service by email and document exchange.  There is a proposal to have a solicitor’s portal, which hopefully will mean that a closed system will operate whereby solicitors on behalf of the Claimants can send in documents securely and these will be acknowledged by the Injuries Board.  It will be interesting to see how that  will operate with the impending arrival of the General Data Protection Regulations in May 2018. …..but that’s a totally different Ball Game .