Are there dangers when you DIY your legal claim? 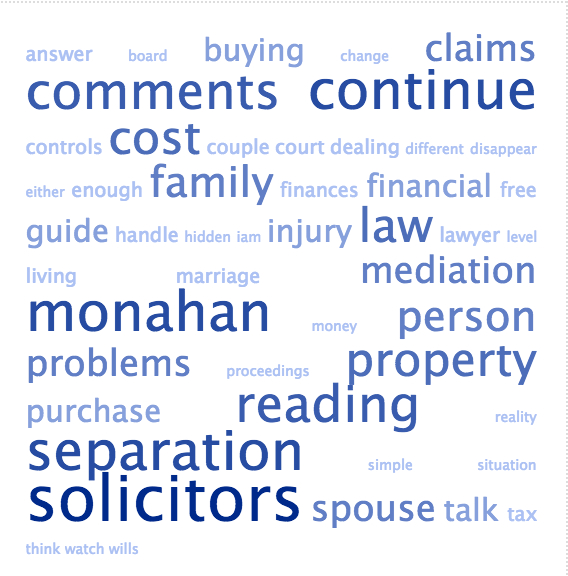 It struck me recently reading various articles that the general idea of governments both here and in the UK is to encourage people to embark on legal issues concerning themselves without the advice of an expert.But there are dangers when you DIY your legal claim. In the UK it seems there are online services that offer to complete your divorce for £59.  These are the sort of headlines that give people some idea that they themselves may be skilled enough to operate in a completely different system to what they’re used to and they will come out the other side with all the results which they seek.  The perception is that if you fill in a few forms and turn up in court it will be all right on the day .

I will accept that in situations where people have serious financial difficulties they may not have the luxury to apply to have their own legal adviser.  Even the Law Centres which traditionally were free legal aid now have a charge in relation to any work they carry out on behalf of any clients.

Notwithstanding that people are still coming to do their own separation/divorce applications and hope that the court will look on them sympathetically in relation to their situation.  While judges will assist what are known as personal litigants they can only have so much tolerance where they have long lists of cases to deal with and do not have time to explain procedure that they must follow to comply with the laws of the country.

In relation to a  marriage situation unless a couple are separating on a very amicable basis anybody bringing a separation or divorce application without knowing what is involved is taking a very foolish route.  There are many pitfalls along the way to any application even with the parties agreeing what they want to do. Pension Splitting between the couple and making a decision is difficult even for Legal Practitioners to get right.  Any person dealing with this for the first time may have difficulty dealing with pension trustees and the requirements of the court system to ensure the correct order is made.

Of course here in Ireland we have the Injury Board system in existence from 2004 with Internet and newspaper ads encouraging people to lodge their own claims.  Again the impression is given that once you lodge the Form A that in some magic way your particular circumstances will be compensated for and assessed by someone you never meet and for an amount which you have no idea what it is based on.  Don’t forget the purpose of all the modernising of the system was to encourage people that they simply don’t need an adviser and if they did then the way the Injury Board has been established you will pay for your own adviser and don’t expect the insurance companies to pay it.

Richard Grogan well known employment lawyer based in Dublin now brings another area where the encouragement to do your own application is proving a disaster for the persons lodging a claim.  This is in the area of Employment Law with the new Workplace Relations Commission application form.  In a recent Blog he outlines the difficulties with the applications which now must all be online.  He goes on to say the online facility was designed to facilitate speedier and more efficient filing of claims.  In our rush to modernise all our systems that the general public must operate in order to claim their entitlements or rights, corners have been cut and if you are processing your own claim without help you could lose on a technical issue.

Similar to the Injury Board claims you have to have the correct legal entity who you were claiming against.  Another was if the employee works for ABC Limited and issues against that name but that is not the legal employer. If you issue against the wrong name you lose on a technical defense.  Grogan points out that it means employees now have to go to the Revenue Commissioners to get the correct name of the company if the employee does not act in an efficient manner given they only have six months to bring a claim they can simply lose the right to claim before they even have the form completed.

Here again we have a case where Government decided to amend the entire labour law legislation. The act was patched together and  fast forwarded through the Dail and then left to the general public to figure out what exactly is involved.  You will recall previous blogs indicated that there were 5 areas for employment claims up to recently and this has now been reduced to 2.  Grogan goes on to say that there are no guides available as promised to show how this new system will work.  As pointed out above if the proper information is not on the form and the time for bringing a correct claim goes by the claim would be lost and the employee who thought they could lodge their own form and run their own case will lose as a result.

Generally we don’t do our own plumbing or diagnose our own illnesses.