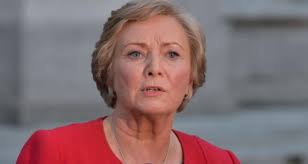 This morning’s paper brings more proof how much the E.U. and its Brussels based Mandarins are out of touch with Ireland on a daily basis.  They are urging the Government to enact the long delayed Legal Services Regulation Bill by the end of the year.  This is supposed to “bring down legal costs”.

All I can see from it are increased costs for Consumers.

The first thing it is to do is introduce a body known as a Legal Service Regulatory Authority.  Now the setup of any Authority never reduced the cost of anything.  Its main function apparently is to act as an independent complaints body.  What’s not clearly expressed is who is going to pay for it.  You guessed it…..the cost will be put on all legal advisors and they in turn have to pass it on to you the client/customer.  At present there is a quite capable complaints body and together with the High Court itself polices all matters concerning client complaints.

The next object of the Bill is to bring in what they call Multi-Disciplinary Practices. They want to push Accountants, Solicitors and Barristers altogether in the hope that in some way this should provide a one stop shop for advice.  It is not quite clear how this in turn is meant to save costs.  It has not done that in the UK. They brought it in by law 2007 but nobody used it until 2012.

…….and there is no demand for it here from anybody!

Finally the Commission goes on to state that legal services costs in Ireland have failed to “to adjust downwards” since the onset of the crisis in part due to insufficient competition.  Well Mr. E.U. Mandarin from where I am looking there is cut throat competition in the provision of legal services.   I don’t know where they look at the top six firms in Dublin and their commercial case load and decide that their fees are too high but nobody running a general practice in Ireland in 2014 has not adjusted their fees downwards in light of increased competition.

Remember VAT is charged at 23% almost a quarter on any legal bill which is tax.  For conveyancing stamp duty is chargeable at 1% on the purchase price.  The Land Registry now known as the Property Registration Authority increased their fees without any publicity simply as the Government said they had to be self-financing.  It can now cost you up to €600-€800.00, again a tax to register your property.  Legal bills are made up of outlays and expenses which the Lawyer incurs daily.  They employ people, buy goods, pay rent, insurance, rates, water and bin charges all factors which feed into the bottom line and somewhere at the end of all of that they hope that there is sufficient funds to meet a weekly payment to themselves and indeed pay their own tax on their personal income.

One wonders if the E.U. simply want to use Ireland as an experiment.  Legal fees in France and Germany are well in excess of what are charged here.  A property purchase in France will cost you approximately 6% of the purchase price to an individual called a Notary who sits on behalf of both sides of the transaction.  I wonder if they are telling Notary’s how to cut their fees in France and how successful they are?

We want the new Minister to show some common sense with this issue.