What do clients and solicitors have in common at 60? 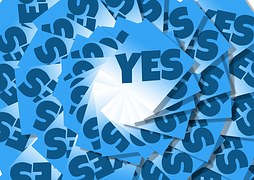 What do clients and solicitors have in common at 60?

All through previous blogs the content is concentrated on various shortcuts or day-to-day experiences which will either save you time and money when dealing with your solicitor or with legal problems.
The last couple of months have seen us involved in a number of Probate matters where despite the best intentions of the family, matters were not left in a organised fashion when that parent died.

Among the problems we were asked to advise on were as follows:

1. The absence of a will of any sort even though the person concerned had  substantial assets for some reason they decided not to make a will and left it to the next generation to sort out. The difficulty here is that there was no immediate family and we now have to look for distant relatives who may be related.

2. An issue arose where there was no Power of Attorney giving control over the financial affairs when an individuals health deteriorated.

3. A  situation with nursing home care and who was to decide what was in the best interests of someone in failing health. What situation is best to meet the needs of the client?

There is legislation promised in relation to assisted decision-making capacity for someone in their later years however this bill is around since 2013 and has still not progressed to enactment as law. In theory the idea here is good in that it supports decision-making by adults and enables them to retain the greatest amount of autonomy possible in situations where they lack capacity.

You can relate back to the Powers of Attorney Act 1996 which was the first attempt to put some shape where someone could regulate how they were looked after when they got old and infirm. While that act served well at the time it has been shown up to have a number of flaws and this 2013 Bill set out to sort out these issues.
What they want to do is shift the “all fixed approach” to a flexible one whereby the capacity of a person is assessed on an issue and time basis. Simply put it allows more flexibility to the person in relation to their decisions rather than be bound by a decision made sometime well prior to becoming infirm.

The main thing at first is to recognise that a certain age and I would suggest 60s the age to do it. Whether you are man or a woman take 60 as a turning point in your life to get matters concerning yourself in hand.
Now if you want to make a will in relation to your affairs you most and I stress must also in addition make a Power of Attorney lest you fall ill or unable to make financial decisions for yourself.
Just because you’re married and your spouse is looking after you does not sort your problem. If your bank account is in your sole name then nobody can administer that unless by an order of court under the present situation which is expensive and time-consuming. If you have any assets in your sole name they should be transferred into joint names which makes dealing with them easier.
Now with tighter money regulations in Banks you can’t operate someones elses bank account if they lack the ability to do their own financial business.

While most people now in married relationships have properties in their joint names, single people very often overlook this and there are a lot of separated and unmarried people still in the country who own property and assets.
Indeed over the years I would  be concerned about the single aunt or uncle and their wishes in relation to making wills to benefit the next generation.

You should be quite aware that any attempt of undue influence would be subject to litigation if other members of the family felt that a will was made under incorrect circumstances. It is always necessary that someone making a will does so on their own without assistance from any member of their family so their correct intentions can be contained in the will.

To reach the age of 60 is not the end of the line. Someone has said that between 25 and 80 is middle-age and 60 is still well within that boundary however our advice is that you use it as a turning point to get your affairs in order lest anything unexpected should happen.
It is a well-known fact that more and more people are losing their short-term memory whether through accident or genetics or some unknown reason. The rise in the incidence of Alzheimer’s disease is well known to everybody and must act as a reminder that this could happen to anyone of us at any age.